And a visit to Amiens

On Monday morning we drove back to Amiens in order to visit the amazing Cathedral Basilica of Our Lady of Amiens, built between 1220 and 1270. It has been listed as a UNESCO World Heritage Site since 1981 and is renowned for the quality and quantity of early 13th-century Gothic sculpture in the main west facade and the south transept portal, and a large quantity of polychrome sculpture from later periods inside the building 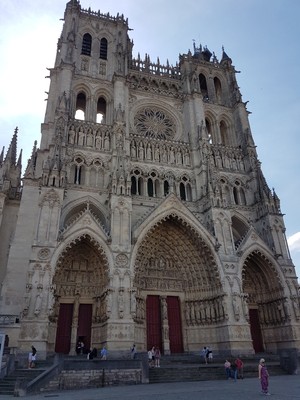 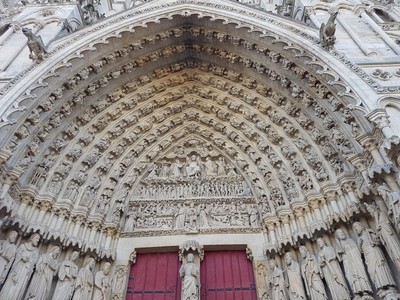 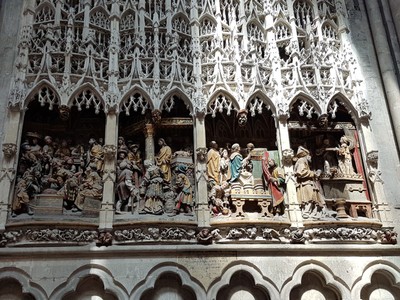 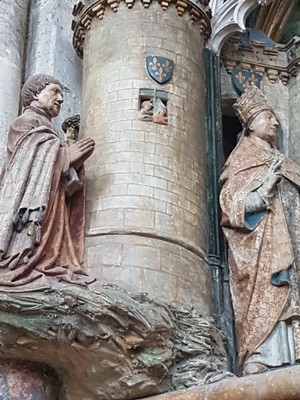 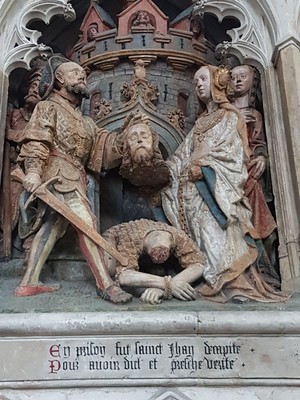 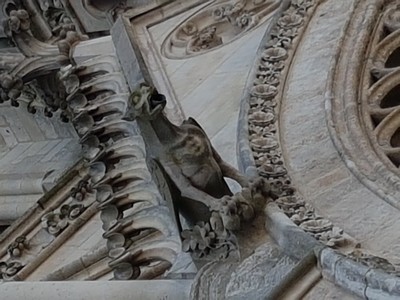 A short walk from the cathedral and on the banks of the river Somme, we had a fine lunch at Le Quai 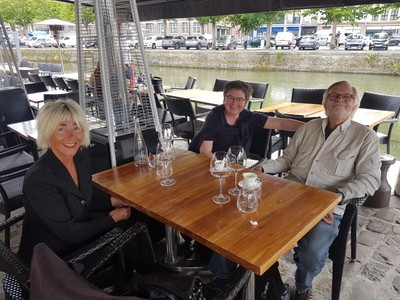 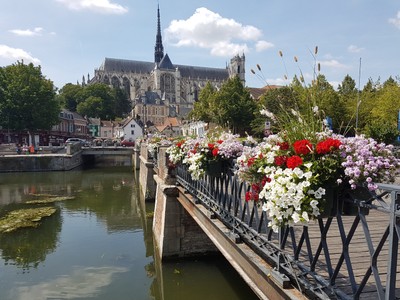 From there we took a walk around the Saint Leu area, another redevelopment that looks like it will never be completed 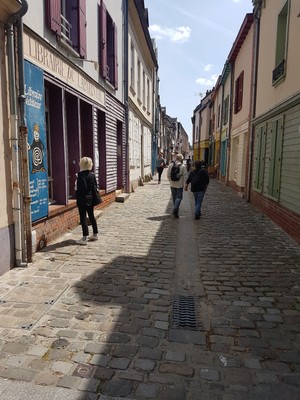 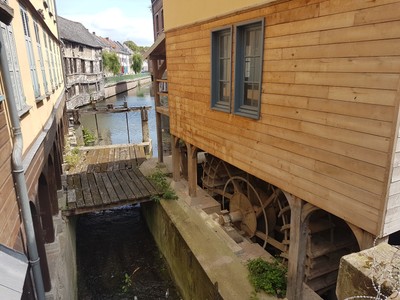 On Tuesday, it was time to do some exploring in Saint-Valery-sur-Somme. In 611, the monk Gualaric (Walric), also known as Valery, arrived in the area. He installed himself as a hermit on the headland of the site of Leuconaus, now the Cap Hornu. His virtue and miracles quickly attracted disciples and they formed a primitive abbey where he was buried in 622. The Chapelle des Marins was erected in 628 by Saint Blimont over his burial place - "...he had the gift of relieving sexual dysfunction as well". The relics of the saint attracted many pilgrims to the abbey which had become known as Saint-Valery.

During the 8th and 9th century, the abbey and village were plundered and devastated on several occasions by the Vikings. The village is historically significant as the site where William the Conqueror assembled his fleet before sailing over to England in 1066 - he set sail from Dives in Normandy on the 10th of September but was forced to put into St Valery for 18 days due to bad weather. During the many wars between the French and the English the village passed between French, English and Burgundian ownership. In December 1430, Joan of Arc, captive of the English, was held prisoner in the local prison from which she was then conveyed to Rouen and burned at the stake 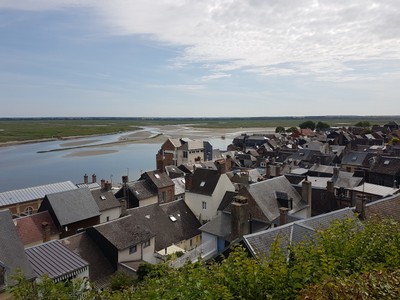 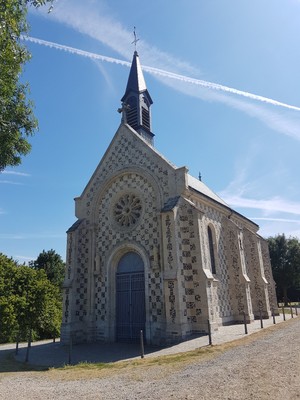 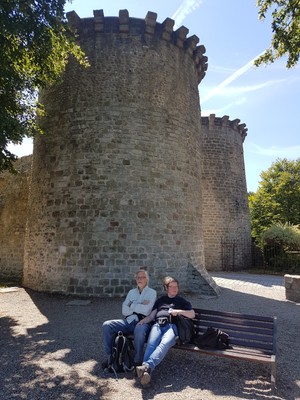 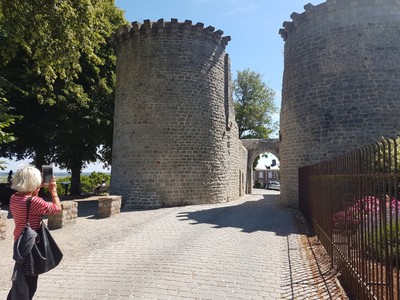 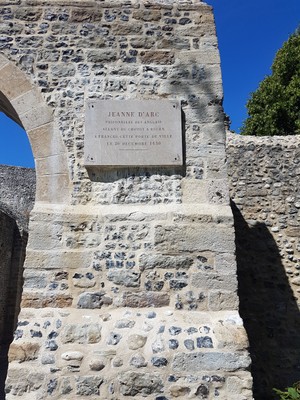 Late afternoon, we drove to nearby Le Crotoy for a swim. However the tide was out and by "out" I mean about 2 kilometres out. We also found an interesting photo of Toulouse Lautrec having fun on Le Crotoy beach 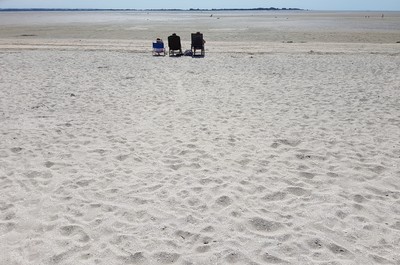 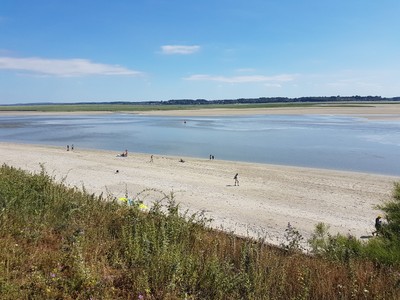 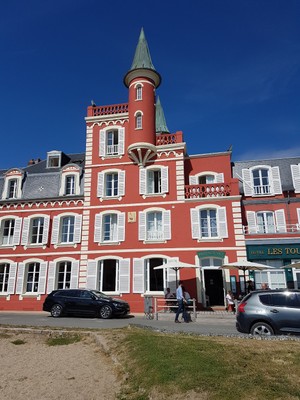 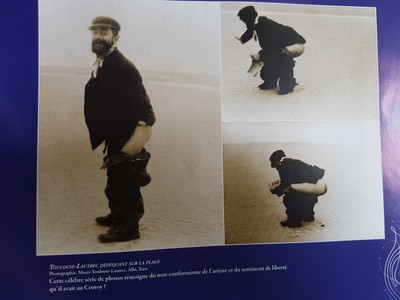 Posted by kforge 11:52 Archived in France

Previous Next Table of contents

Comments on this blog entry are now closed to non-Travellerspoint members. You can still leave a comment if you are a member of Travellerspoint.

If you aren't a member of Travellerspoint yet, you can join for free.